A story about Kultur Aktiv EVS-volunteers who have done a trip to Caucasus with the help of the Step Beyond travel grant.

If you never been to Caucasus, you know nothing about this region. Photos, videos, music, literature – nothing can convey the feelings which you are slowly gathering in yourself just because of being there. You need just few days to feel yourself like a local. And then you will never leave this region at least in your dreams, because your heart strongly will connect you to this land. But to get this feeling you have to go there.

I’ve been to Caucasus before, but this time not a touristic desire brought me there. Right now I am doing EVS with my polish colleague Iwa. We are located in Dresden and we are working for the organization Kultur Aktiv, which is focused on Eastern Europe and Caucasus. Once we’ve heard from our team leader about One Caucasus Festival, which is happening in the small village Tserakvi at the south-east of Georgia. The idea of this festival sounded interesting for us and we decided to go there as a volunteers.

One Caucasus Festival is an international festival and long-term borderland program aimed at creating inspirational and safe space for meetings of young people from Caucasus. This festival is about friendship between nations, exchange, music, global and local society and freedom of being yourself. For 3 days people from all over the world are coming to Tserakvi to share music, thoughts, knowledge, skills and everything else what is possible to share. We’ve found this idea very cool because such an events are extremely important for society, especially in such a small villages as Tserakvi is. 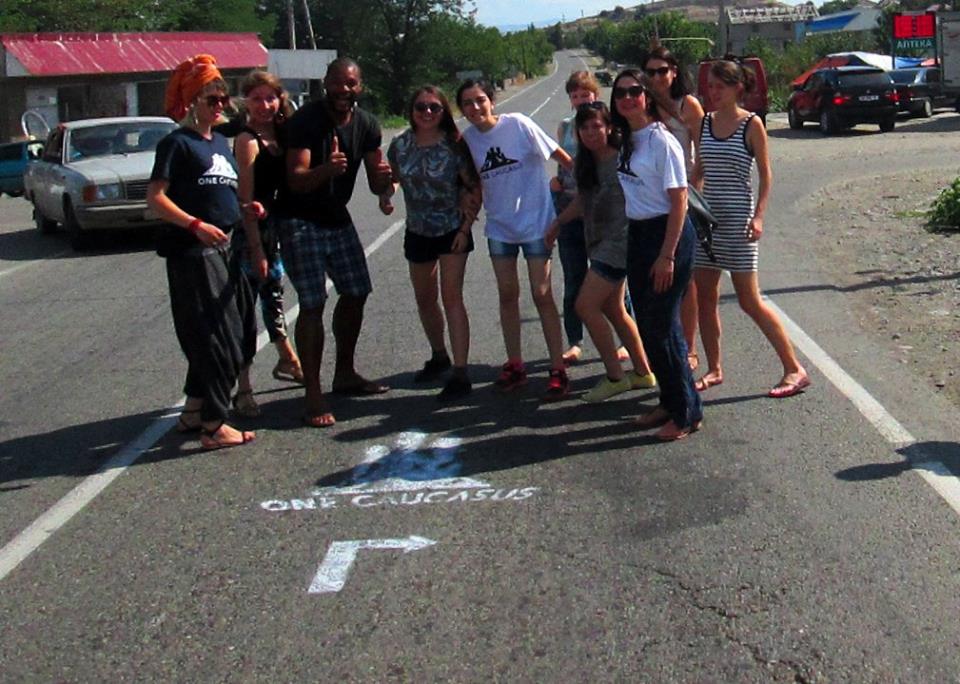 Since we’ve got an idea to go there, we were thinking what else we can do for Tserakvi. On the one hand we knew on our own what is Georgian hospitality, how wise and friendly people are living in this country. On the other hand, we believed, that it is possible to construct a real picture of the country just through the traveling in small villages and meeting locals. That’s how we’ve got an idea about making our own project which we called “Humans of Tserakvi”. We decided to meet locals and tell their stories.

You can read more about the project “Humans of Tserakvi”: HUMANS OF TSERAKVI: the face of small Georgian village 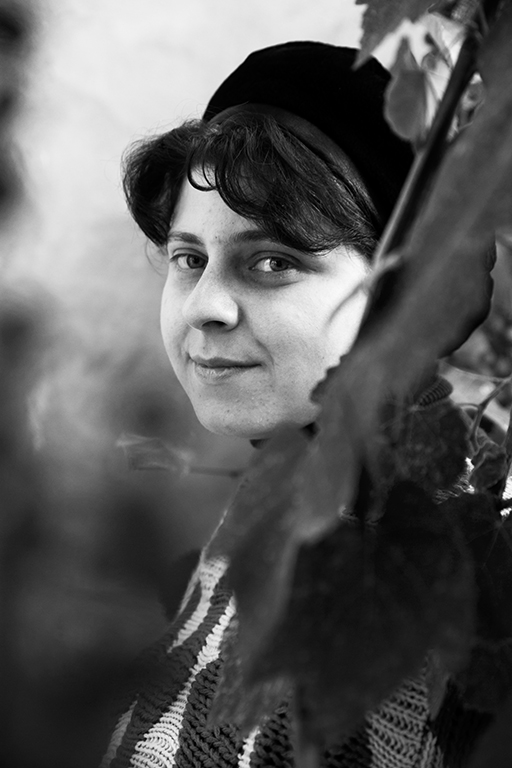 On the night when we arrived to Kutaisi airport it was raining. The man on the border control gave each of us a bottle of Georgian wine as a present from the country and we stepped into the wet darkness. Next day we took a bus to Tbilisi, then to Marneuli and to Tserakvi. All the way was around 6 hours. In the end we came to the school, which is located almost at the beginning of the village, where all the volunteers were living and on which territory festival is happening.

It was unbelievably easy to get in touch with the other people – the team of One Caucasus festival was well structured and every single person was on the same vibes with the others. It was a real youth exchange and we were very happy to be a part of it.

During the first days we were helping our team to prepare the festival, meanwhile we were going to the village to meet our heroes. How nice it was to feel like you know them for ages even we were talking just around 5 minutes! As usually, all the people, who we’ve met, were inviting us to their house at least for a coffee, therefore our time schedule in the end of the day were really messed up. But time doesn’t matter when you are meeting honest people who are opening their souls to you. 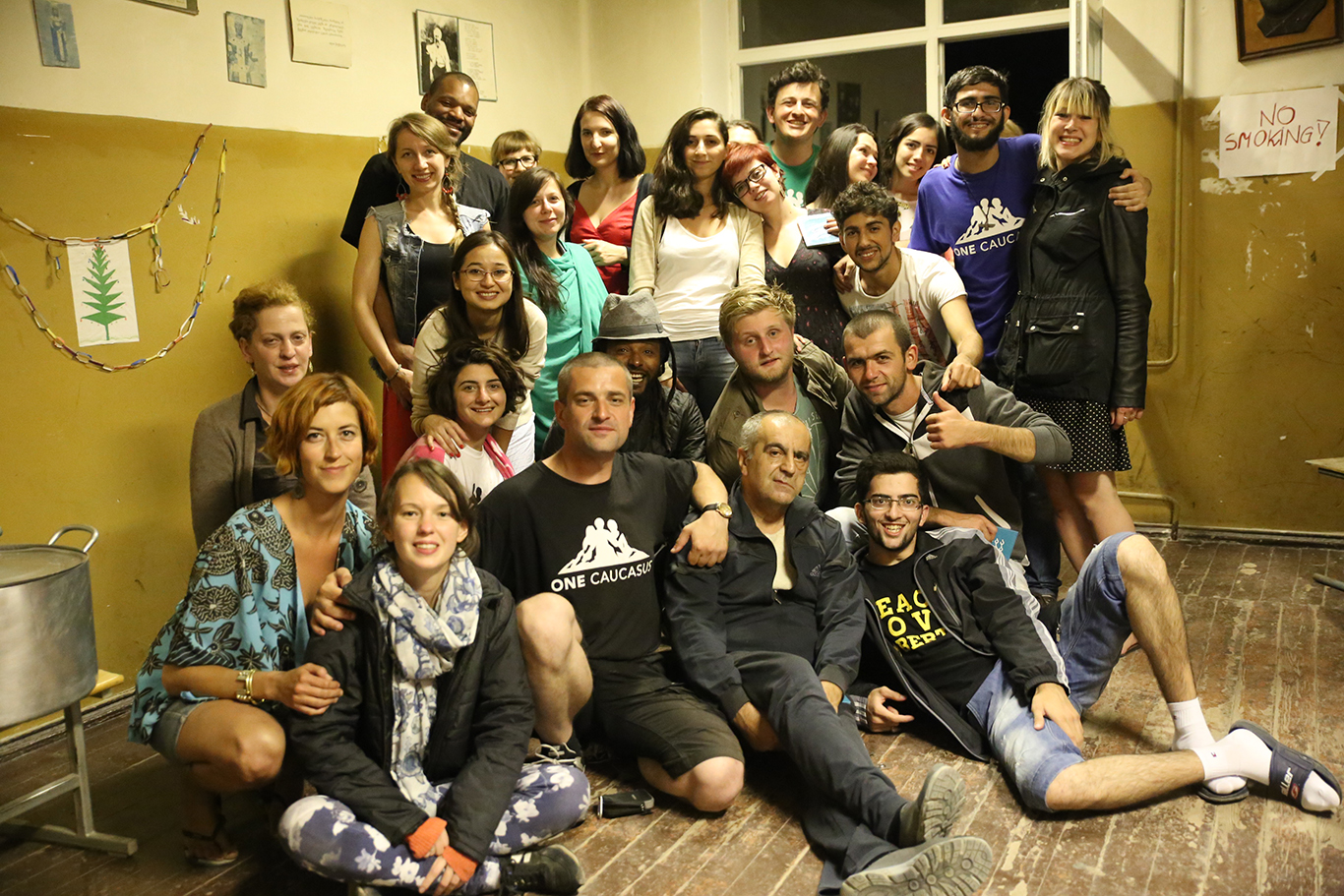 When the festival started, we joined Documentary team. We were filming and capturing concerts, master classes, visitors and events which were going around. The result of our Documentary work will be done later and presented on Radio nEUROPA, Kultur Aktiv website and some other platforms.

A big part of our project was photography workshops, which we’ve held in frames of the festival. During 2 days we were talking with the visitors of the festival about most important photography rules, we gave some tips, shared some tricks and asked to do home tasks. The second part of our workshop was mobile photography and discussion. Participants was very motivated, they shared their photos with the audience, we were going for photo hunting together. Every day we were consulting people in the questions about photography. We were helping them to find right story for shooting, editing results and inspired them. In the end we’ve got a lot of feedback and really nice shots which were showed on the big screen.

In frames of One Caucasus, we were trying to visit all the activities: Kids Zone, Open Cinema, all kind of workshops including workshops for activists, dancing and theatre workshops. In the evening we were enjoying the concerts while working on the stage. We’ve filmed and shoot concerts of Warsaw Horns (Poland), Shota Adamashvili (Georgia), Natural Born Lovers (Georgia/USA), The Bambir (Armenia), Mamadou Diouf (Poland/Senegal), Marneli (Georgia+Georgian Azerbaijani), Pako Sarr (Senegal), Caucasus Youth Project (Georgia/Armenia/Azerbaijan) and GORDELA (Georgia).

When the festival was finished for the audience, it didn’t meant that it was finished for us. We’ve been still meeting local people for Humans of Tserakvi. The last evening for us was really a great dot in the trip. We were invited for the Poetry evening at the museum of famous Georgian writer Mikheil Javakhishvili, who was born in Tserakvi. It was impossible to understand Georgian poetry but the readers really impressed us by emotions which they expressed during the evening.

This trip gave us a huge opportunity to fall in love with Caucasus and to do something important for local society. It became real with the support of STEP Beyond Travel Grant. We would like to thank European Cultural Foundation for trust, support and interest in our idea!

We are also very thankful for the support to Kultur Aktiv, Fundacja Inna Przestrzeń and One Caucasus Festival team.