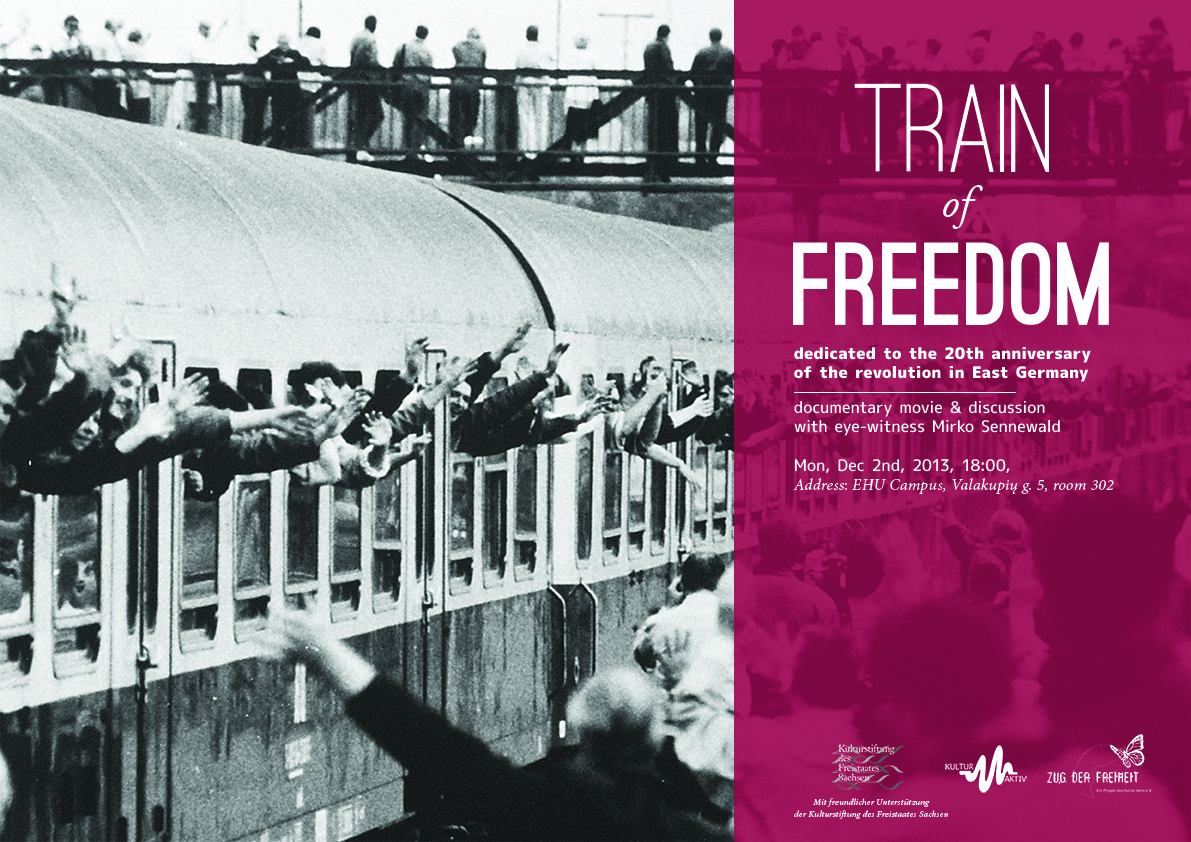 In 2009 Germans and Europeans celebrated the 20ies anniversary of the Peaceful Revolution in East Germany, as well as the revolutions in Eastern Europe. Kultur Aktiv presented a very special project to this celebrations. The “Train of Freedom” was a real train, consisting of original wagons and locomotives of 1989, running the track from Prague to Hof. This route was used by trains in 1989 to release those Eastern German refugees into freedom, who fled into the Embassy of the Federal Republic of Germany in Prague. Many thousands of them lived many weeks at the Embassies compound under harsh conditions before they could leave.

The “Train of Freedom” in 2009 remembered to those days in 1989, but also presented a brought band of art, history and youngsters from all over Eastern Europe. Thousands of visitors came to see and travel with the “Train of Freedom” accompanied by a world-wide huge media coverage, so millions followed the train. Further information here!

The project idea was realized by Dresden based NGO Kultur Aktiv. Mirko Sennewald had the idea for the project and was eyewitness in 1989 at the train station in Freiberg, so he will give you a touching and authentic presentation.