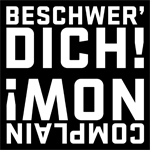 On November 22nd 2013 it was finally the time. Dresden’s first complaints choir, covered briskly by the media since the moment it was established, premiered at the Festspielhaus Hellerau as the opening of the Nordwind festival. That performance and the performances on November 23rd in front of the Frauenkirche, Karstadt andin in the evening again at the Festspielhaus Hellerau were a great success. The audience paid full attention to the performances and applauded briskly to the singers.

In the area around the performances, numerous conversations with the audience about our concern and its establishment evolved. Our flyers with the lyrics to read and remember were exhausted immediately after each performance. A selection of the complaints collected in Dresden before was the basis for the lyrics.

The complaints choirs’s success became possible, because the singers, who had gathered in this constellation for the first time, worked with a lot of personal commitment and joy. Only five rehearsals were necessary to study the demanding score under the leadership of Santiago Blaum, who had also created the composition. The Finnish artists and former residents of Dresden Tallervo Kalleinen and Oliver Kochta- Kalleinen, who also created the original concept, took the artistic leadership. Uwe Penckert led the local organization for Kultur Aktiv. We’d like to thank all partners, who contributed to the complaints choir’s success: Ausländerrat Dresden e.V., Festspielhaus HELLERAU, DON Production, Nordwind Festival and Plattform in Berlin. Complaints choir Dresden was supported by the Kulturstiftung des Freistaates Sachsen.