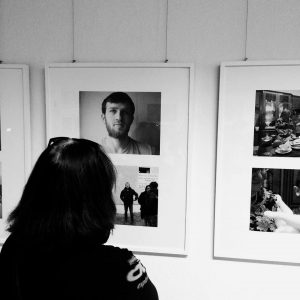 scape out of Chechnia and the Northern Caucasus: a long road and the vain hope of political asylum.

As of the 5th of December 2014, after the attacks on Grosny by resistance fighters, the parents of the resistance fighters were blamed and declared complicit with their children’s acts by the Chechen president Ramsan Kadyrow. The relatives were meant to be expelled from the country and their houses should be burned down.

A few of the reasons Chechen people are fleeing from Russia to Germany include the violation of human rights, invasion of their privacy and the haunting in the adminitrative bodies as well as their longing for better economic conditions.

How do Chechenn people blend in in Germany, how do they forge a new identity? Often their integration is said to have failed which is followed by lots of prejudices against Chechens. As a result a parallel society develops.