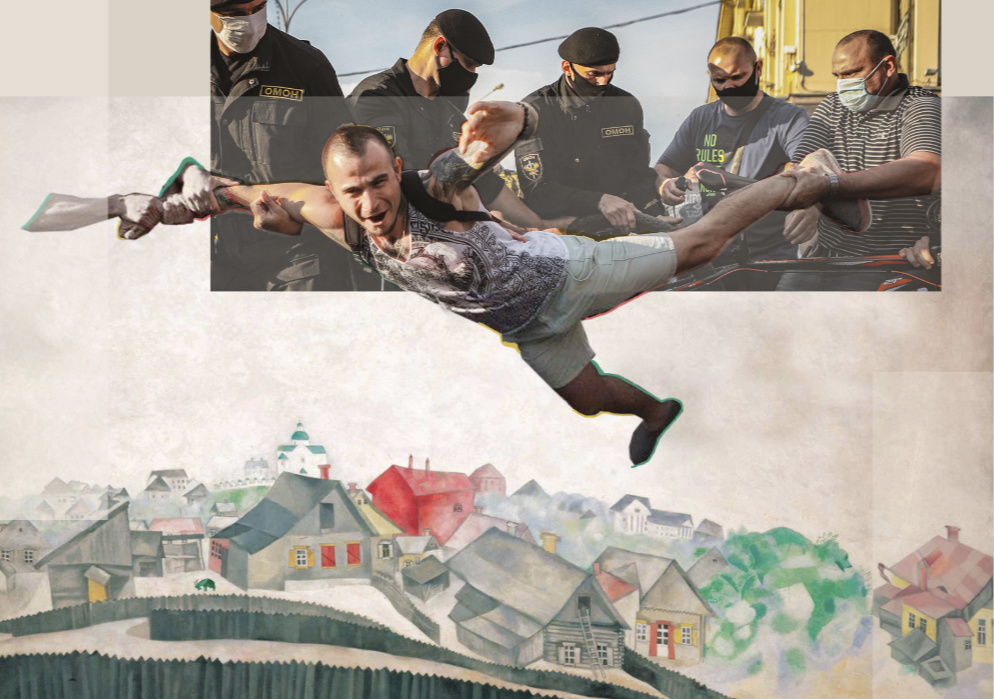 “What is happening now in Belarus evokes an incredible range of emotions: from growing outrage and anger to disgusting lawlessness, harshness and violence of the authorities, to admiration of the courage, determination and commitment of the large number of diverse people, united in the goal of achieving freedom.” – Excerpt from an appeal to artists and designers

The Belarusian presidential elections in August 2020 made it obvious that after 26 years under Lukashenko’s reign, there is discontent in the country. Only through massive electoral fraud was the long-term president able to have himself declared the winner again. He had obviously underestimated his female opponent, Sviatlana Tsikhanouskaya. Nationwide demonstrations and strikes followed. Unlike in previous elections, the protests were much more widespread – students, doctors, pensioners, invalids took part. The song “Peremen!” (Change) by the 1980s Soviet band Kino became the movement’s secret anthem. The reaction of the authorities was brute force and mass arrests. Several people were killed. Opposition members and demonstrators had to flee the country. But even this has not silenced the call for freedom.

The exhibited protest posters and photographs by more than 20 artists and photographers from Belarus provide a visual insight into the events of the past months.

An exhibition of the Galerie nEUROPA. Curation: Matthias Schumann and Simon Wolf.
The protest posters are presented in cooperation with cultprotest.me.
Graphic above: Nadia Buzhan (photo), Sergey Shabohin (protest poster)