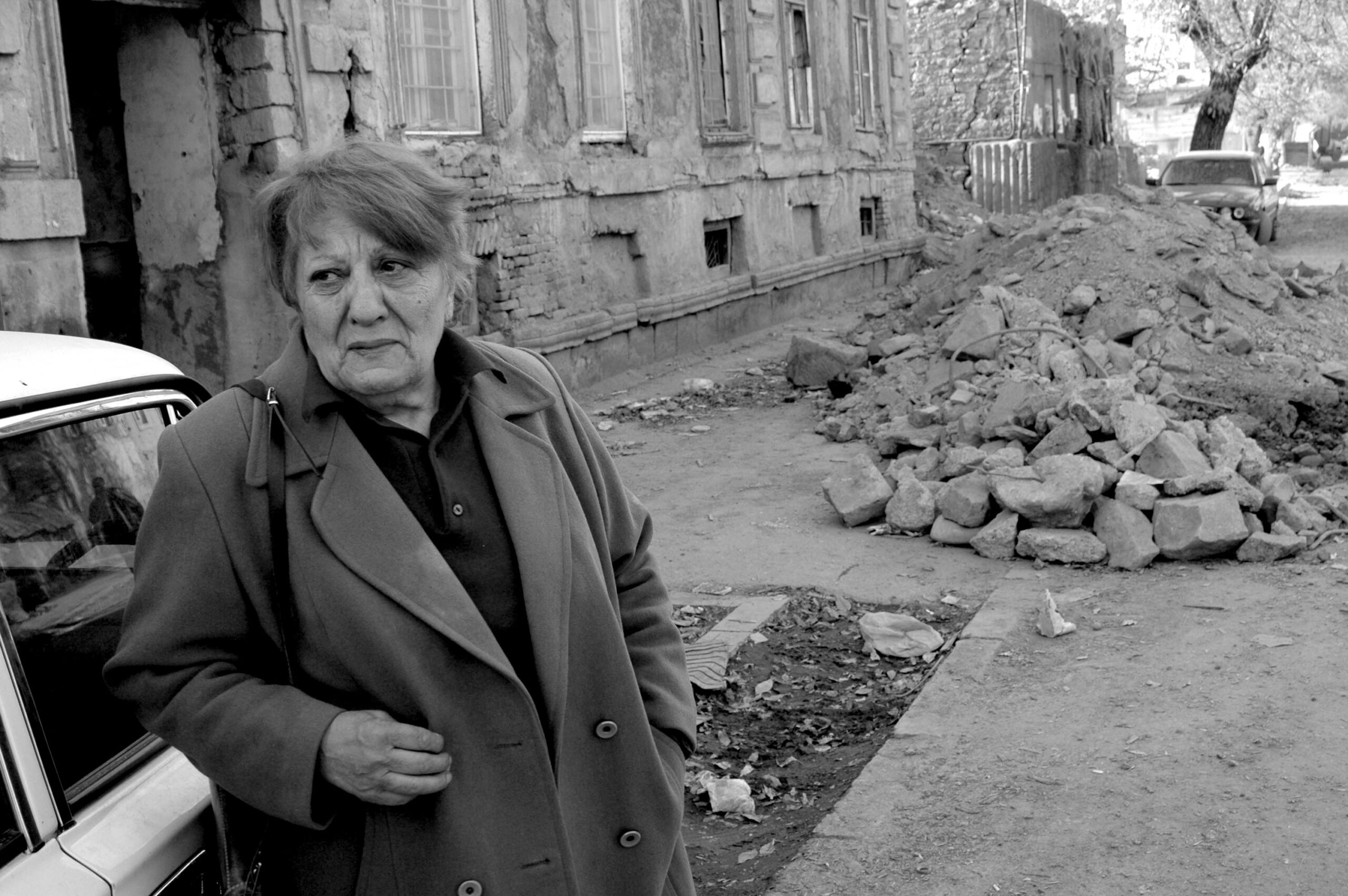 The summer exhibition of our gallery nEUROPA deals with the significance of urban architecture as part of the cultural urban memory and the conflicts that arise from different economic and political interests. Using the example of the unlawful demolition of some prominent and lesser-known buildings in Yerevan, Armenian photographer Hayk Bainjyan shows how this confrontation with the national and Soviet-influenced architectural heritage divides the urban sub-societies. In addition, in his photo essay “Ciao USSR”, he tells of the disappearance of Soviet everyday objects from private and public life and thus also from the city’s memories.

Hayk Bianjyan is a documentary photographer (b.1977) lives in Yerevan Armenia. He graduated from the Armenian State Pedagogical University, school of Fine arts and drawing in 2000. He discovered his passion for photography in 1998. Since 2003 Hayk Bianjyan has been documenting the violation of property rights in Yerevan, where ongoing redevelopment projects have resulted in the large-scale destruction of historical buildings and the eviction of their tenants and owners. In 2004 he received a grant from the Caucasus Media Institute and in 2009 from Open Society Foundation (OSI) for his documentary. His essay “Old Yerevan” was first exhibited in 2005. Bianjyan’s photographs are part of his larger, ongoing documentary and archiving project that includes audio interviews, video, historical photographs, and personal objects and architectural details salvaged from the destructed homes. His film “Disappearing memories” was first shown in June 2011 in Yerevan and later in Berlin.