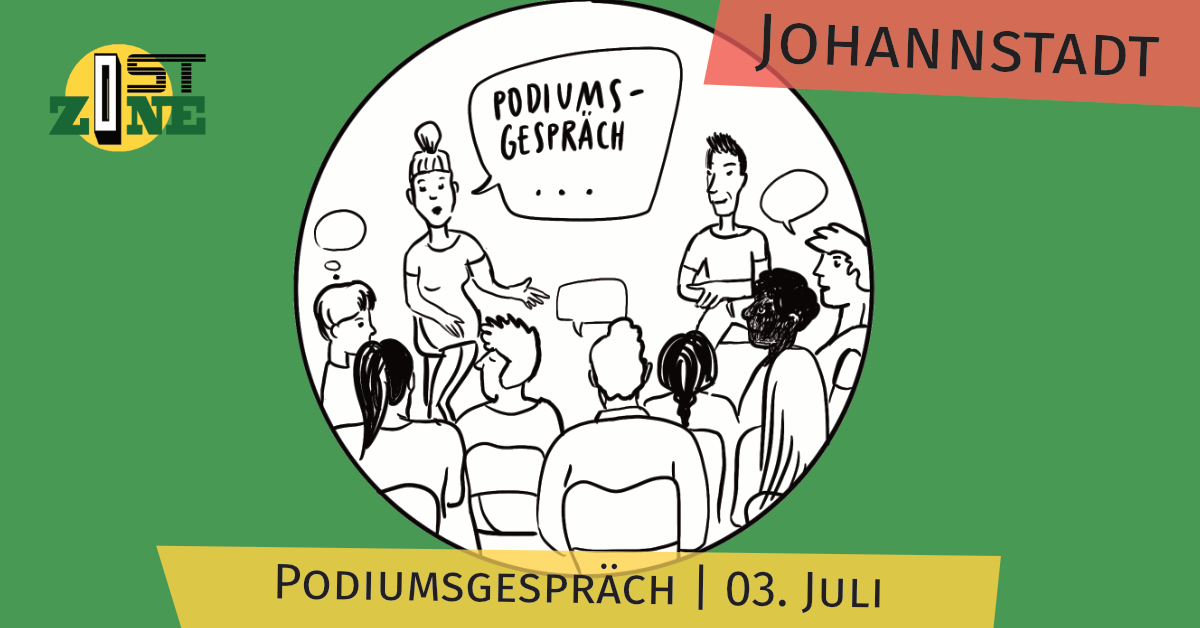 Participation is free of charge.

Relations between Germany and Russia or the GDR and the Soviet Union are linked by a long tradition of economic, cultural, technological and political interests. But ask and remember: What were and are the encounters like in everyday life? What connects or separates you personally with the Soviet Union/Russia? How much of the GDR was Soviet? What would you finally like to tell about this time? What image of Russia do you have today?

You are cordially invited to a round of conversations at eye level, in which everyone is allowed to have their say! Our contemporary witnesses will provide further impulses.

The event takes place in cooperation with Johannstädter Kulturtreff e.V. and Plattenwechsel – WIR in Aktion.

The project Treffpunkt ostZONE. Remember and Shape is funded by the House of Resources Dresden +. This measure is co-financed with tax funds on the basis of the budget passed by the Saxon state parliament within the framework of the state program Integrative Measures.